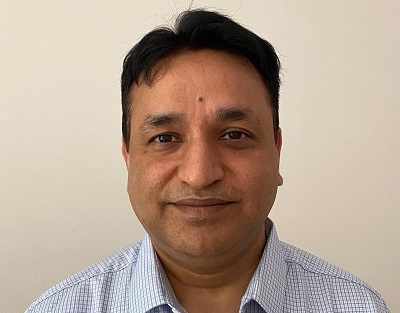 Inspired by his father’s profession as an engineer, Gautam Garg pursued chemical engineering and followed it with MBA in systems. During his college days technology was booming and the PR industry was doing an excellent job of making IT seen as a wonderful profession which drawn him towards this field and desirably kicked off his journey at PepsiCo, he says, “IT was future and attracted many students. We got exposed to many innovative technologies. So, all these factors along with my interest in this field helped me to be more driven.” states Garg explaining his first experience with the IT world.

Continuing the IT exploration, Garg’s first job at PepsiCo India became an association for more than 20 years to come. Sharing his first introduction of the company, he says, “There are distinct roles in IT, many enterprises came into my college but most of them were IT service providers and very few end-user companies. I joined PepsiCo India as it is a great company to work with and has an impressive management trainee program that was fresh. There was nothing to lose and hence I joined the company”.

Staying for 20+ years, Garg never felt the urgency of change as he worked on different job roles. He says it allowed him to explore diverse countries and take charge of new learnings via heading IT projects internationally. He speaks, “I travelled to various countries, and I got a lot of opportunities and experience in company. This helped me in exploration and building on new experiences that updated my growth. So, I kept going forward and took every project with a new perspective. It taught me ownership and accountability and to be the leader with responsibility”.

Schooled from Army Public School, Garg developed his significant personality traits to lead and live with a disciplined and balanced timeframe. “I was exposed to holistic education and experienced the joy of participating in the extra-circular activities and played sports actively. Sharing the fond memories of his early days, he mentions watching movies at Chankya Cinema Hall or eating ice-cream at Narula’s as an all-time fun activity with his friends.

Growing up in Delhi, Garg enjoyed all the fundamental activities and lived happily with a unified family. Living in a joint family acted as a blessing for him as he believes it encouraged him to appreciate small things and accelerated the care for his loved ones. His family atmosphere empowered him to establish a team-building attitude to produce significant outcomes in his professional career path.

Dishing on his admirable projects, Garg mentions 2013, SAP implementation in PepsiCo Thailand as a valuable experience. Being a first time as a leader in the forefront, he appreciates and acknowledges the opportunity shined upon him and says, “At PepsiCo, the company was willing to give the opportunity to a rookie to handle a multimillion-dollar project, who have never done it before. This was a stepping stone for my confidence and a realization of working in a great people centric organization. It was a successful project and I created many good memories through that project.” 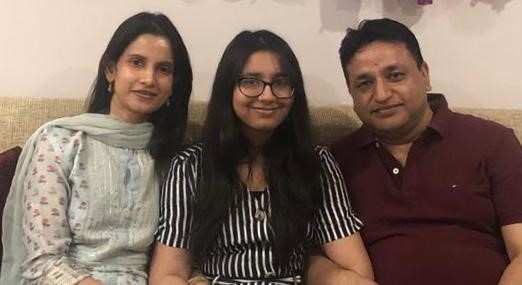 While executing his roles flawlessly in different countries, Garg also explored new lifestyles with the family. Travelling across nations, he found the challenge of change which moved him to attain the life-long lessons. “We travelled to various countries, and it was exceedingly difficult. With a small kid, my wife and I went to China. There were language & food problems at first. My wife supported me, and she was incredibly positive. I realized that things happen for good, and I must do my bit as well. Problems are going to be a part and parcel of life. I am glad I experienced it at a younger age as it helped me to build resilience.” he spoke.

He states that his secret mantra of life “the only thing constant in the world is change”, helped him in facing the unplanned situations with a strong-headed viewpoint. He believes anticipating and accepting change is a path for an upcoming opportunity. He avers, “whenever there is a change, there is an opportunity”. His optimistic mindset enabled him to win the battles and figure solutions for the growth both in his professional and personal life.

Tracing the possible revolutions as an IT leader in PepsiCo India, Garg says, “Yes, the company has embarked on the digitization journey as we were able to work from home seamlessly. Along with that, we keep doing a lot of innovation. We continue to look at new information and as technology matures over time, and if it is positive, we will go ahead with new-age technology and include it with the core ones which ensure people can work efficiently.”

Looking forward to his future journey, Garg shares, “I plan to continue in the corporate world and at PepsiCo as long as possible. I would probably take rest and recharge my battery post that and hope I can continue for the next couple of years.”