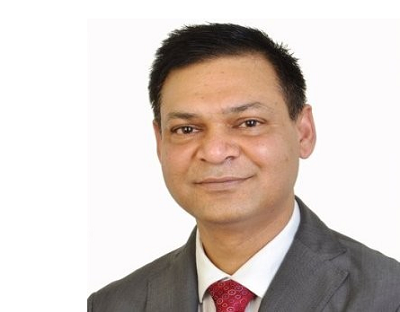 Kunal Anand has been in the insurance sector for nearly 30 years, with nearly 5 years in the U.K. where he learned Broking business, Partnership Management, Product design and Marketing.

He has now been with Aviva India for nearly 17 years with experience in Distribution, Strategy, Alliances and now in Operations, IT and Administration. Additionally, he is heading the Crisis Management Team to manage the Covid related Organisation outcomes.

At an early age, he moved to a boarding school, a branch of St. Xavier’s and completed his senior schooling from Modern School, New Delhi. Born in Patna, Anand’s father is a doctor and mother a homemaker, he is the youngest amongst four siblings.

Anand vividly remembers his Class seventh, when he first heard that mathematical value of ‘Pi’ is only an approximation and determined to a limited number of decimal points, he attempted to divide 22 with 7 and filled an entire notebook over a week (only to be told that 22 by 7 itself was an approximation).

“I had the temerity to challenge the famous Shakuntala Devi (Indian mathematician, also known as ‘Human Computer’) when she visited our school. Now when I look back at these events, to me it reflects a desire to achieve the unachievable, an attitude to solve any problem and perseverance to keep going till the goal is achieved”

He went to Hindu College, DU for Chemistry and it reinforced his belief in following a very structured approach for any root cause analysis. He is also a certified Financial Planner from the CII, U.K.

Post liberalization, the financial sector was opening up and Anand believed the insurance sector would hold a lot of promise in the future. His first job was with LIC India which he believes laid a rock solid foundation for his career.

Few achievements that Anand is proud of in his career are acquiring and managing Banca partnerships in the industry, creating organizational strategy, and digital partnerships and being involved in the innovation of products like index funds.

Anand believes that handling challenges effectively is one of the stepping stones to gain success in one’s professional career. He believes he has been able to overcome challenging situations successfully through strategic leadership, execution collaboration and perseverance.

Talking about what he plans to do next in his career, Anand said that he strong bets on digital to fundamentally change the Insurance operating model. In life, he is nudging towards the belief – ‘Be kind to yourself’.

Listening to music, spending time with his family and his pet are some of the things he does to relax. Anand has been walking 10,000 steps every day for the past 4 years which has also helped him tide over the long work hours.

He also said, “I foresee the world around us changing rapidly, led by digital so the aspiring IT leaders need to make sure they seize every opportunity to learn and grow in life. Your time is here.”

An introduction to LoRaWAN and LoRa-powered sensors: Webinar
Scroll to top