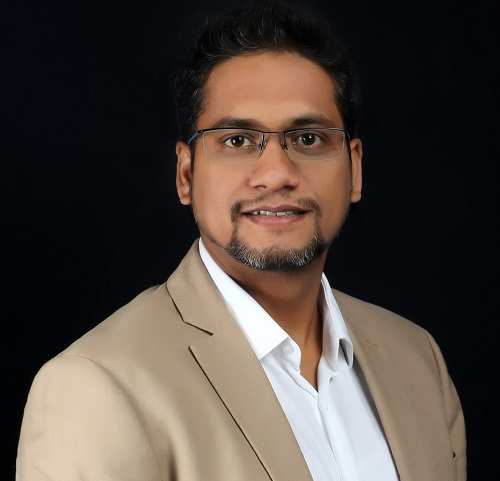 Born & brought up in the holy city of Gaya in Bihar, Ranjeet Rai, Head – Cybersecurity at Abbott, completed his early studies & graduated from there as well. As a student, he was not particularly interested in the intricacies of technology and computing but instead, his interest lay in joining the forces.

Being part of the NCC (National Cadet Corps, 6th Battalion of Bihar) group in his high school, Rai had a great experience with them which fostered his interest in joining the armed forces. He pursued science subjects in his high school.

Rai found himself interested in the field of science and later decided to pursue his Bachelor’s in chemistry from the Magadh University (Gaya College, Gaya). During his second year of graduation, he got the opportunity to intern in the hospitality industry, where he was determined to find a proper centralized billing system for the hotels he worked for. And that’s when his relentless drive for constant learning introduced him to computer technologies.

During this time, he also managed to do parallel courses in Computers including DOEACC ‘O’ level. This one-year course is where he learned the basics of computer technology & programming.

“I listened to my heart. And from there, I found that I have a better understanding of computer science.This is when everyone convinced me considering my background in chemistry that I should have a better career in research or related fields, but I planned in a way that, that’s not something I want to do because I know chemistry and my interest in technology was growing more and more, so I decided not to listen to anybody”, he remembers on his decision to pursue a field different from the subject he was studying.

After graduating in 2003 from the Magadh University and finishing his parallel courses as well, Rai decided to join the teaching faculty for CCNA, MCP, and MCSA certification courses, despite getting the opportunity of joining some BPOs which were better paid at that time. Speaking on his one-year experience of teaching, he adds, “I think…teaching has helped me really well. For about a year, I was a young teacher, I would say, most of my students were from different streams of engineering background, working professionals looking for an upgrade in the industry and elder to me. Initially, it was really difficult standing before such a diversified crowd but soon I turned my non-conventional stream of education and knowledge into my strength. I did well.”

After his tryst with teaching, Rai decided to join his first company, a consulting firm named, Hill & Associates Pvt.Ltd., as Security Analyst. His inquisitive thinking about computers and their advancing technology, and having researched the growing market, Rai decided to raise his career as an Information Security expert and dedicatedly pursued a computer forensics stream. During those days, the industry had a lack of such professionals and Rai visualized this as an opportunity.

After spending 2+ years at the firm, he decided to change company for better opportunities, which is when he joined KPMG in 2007 as part of their Forensic team. His association with this firm was short-lived, and soon after he got an opportunity to join Verizon as Cybersecurity – Senior Analyst for the APAC region. His both personal and professional life seemed to be in flux during those years, and soon he needed to prioritize his personal life that resulted in a very fresh opportunity with Orkash Labs in Gurugram. He recalls… “Orkash happened to be a great platform and I managed to widen my skills as a forensic consultant and hands-on multiple open-source technologies…setting up a green data center to run on an ambient temperature is something unforgettable.”

Time had some other plans

While he was still in between exploring opportunities to establish his career in the domain he wished to pursue, Rai got married and had a family of his own in 2010. This is the time he wished to stay where he was for a little while but very much unplanned he landed in another part of the country with new opportunities.

Rai joined TESCO, a British multinational retailer, in 2010. He served multiple roles in the Information Security domain while growing up the ladder for more than 6 years with this organization. He mentions TESCO happened to be a great platform in his professional journey with immense opportunities. Among many many successful deliverables; driving a data protection program to establish a Security Operation Center (SOC) and Cyber Forensic lab proved to be a great learning experience during these years.

In 2016, even though he was doing very well at TESCO and his peers and friends advised him to stay, something for which he still has no answer, other than his curiosity, as he wanted to gain more market experience, Rai decided to join Phillips. This was another great platform in his career with unique professional challenges.

In 2018, Rai got an opportunity to join Abbott Healthcare as Head – Cybersecurity team. In his current role, he is responsible for establishing cybersecurity practices for the business and its functions across India. “It’s great learning. It is a great firm to work for and I feel there are immense opportunities for one to grow with multiple opportunities.”

Rai keeps on building his skill sets, takes on newer challenges without the fear of failure. Rai says, “Look for new problems that you can solve than known problems, this is what distinguishes you as a professional.” Rai believes in focusing more on the deed than the praise, “I think, everything, every day that I perform as my duty, irrespective of project size or volume, gives me a sense of achievement. In the early stages of my career, every fraud cases that I solved and recognition I had did really build my confidence to take on the new and unknown challenges.”

Finding a balance between his professional and personal life is something he believes to be quite important, and something that was quite a challenge during the early stages of his career. While he was working hard for better professional growth, it was important for him to strike a balance in his personal life. “I never divided hours between my personal and professional life; rather set the priority at that point in time and what mattered most in interest to the family. One should be agile in switching through the priorities and different life roles. You can’t play well in all the roles at the same time. Choose which role takes precedence and when.” 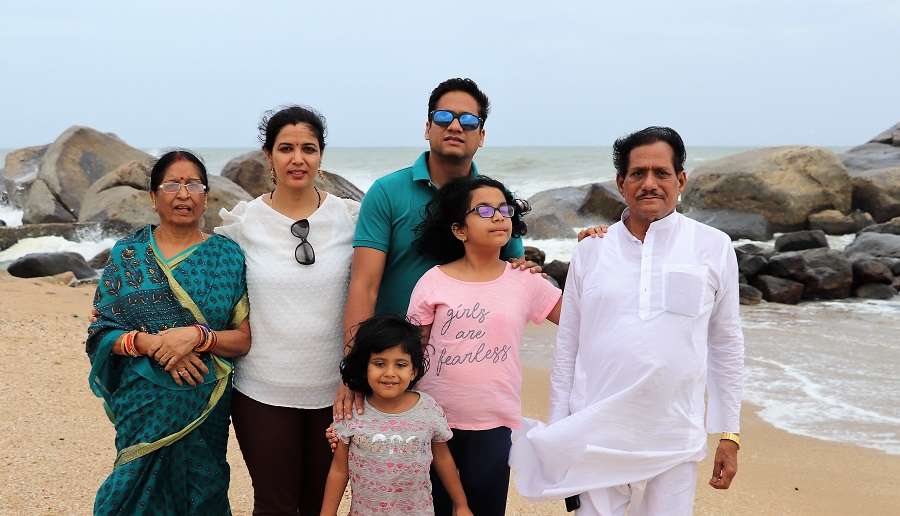 Being someone who enjoys his work, rather than gets stressed by it, Rai also likes to blow off steam during his personal time with his friends and family. He looks forward to the annual trips that he only plans with friends. He loves sports and plays badminton; if not then run to keep himself fit. “I’m certainly not a health freak but I strongly believe a healthy mind lives in a healthy body, so I always do some or the other physical activity.”

Something that has also helped, especially at the beginning of his career, is meditation, “What keeps you calm and composed is the way you designed your day, and I think for that you need peace of mind…meditation really helps.”

Reading books is also a habit that he has maintained throughout his career, especially about technology, as he likes to be updated about the growing virtual world. This is also something that got him interested in technology. Although it was not one book that did the job but rather, gradual, and constant interest in various articles and books that got him hooked on to the subject.

Family is his biggest strength and while he never forgets the point from where he started; he feels there is a lot that is yet to be accomplished by him. Not certain about his future, he does see himself living a simple life on a farm in his old age, and not retiring by profession. He started as a consultant and would remain consulting organizations on security.