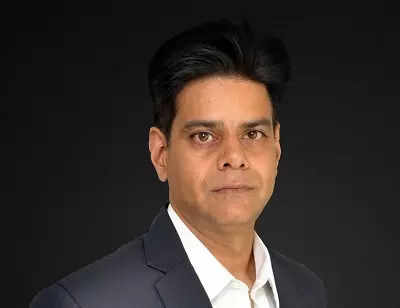 Nitin Chandel, Managing Director & Head of Technology, BNY Mellon, India, was born in Cochin and spent most of his childhood in Visakhapatnam, Delhi and Gwalior, where he met people from different backgrounds, and in the process, assimilated different Indian cultures.

While Nitin’s mother was a school teacher, his father was in the Indian Navy, which meant he moved across the country quite frequently.

An admirer of animals since his childhood, Nitin cared for pets. “I distinctly remember how I carried a puppy back home from school. I saw it injured, stranded and hungry near our school,” he said.

Nitin, a B.Sc graduate in Computer Science, found his first job with a start-up from a garage, and he was the company’s first employee. “My first job taught me a lot. I loved the energy, fun and learnings I was able to gather from the job. I am still in touch with both the founders and owe them a great deal for all the learnings in the early years of my career.”

Talking about his career achievements, Nitin said, his greatest achievements have always been related to playing a role in elevating others by supporting them in achieving success. Over the course of my career, I have worked with amazing people and watched them grow.

His other achievements include making it to the Partner level at Microsoft at a fairly young age. At that time, Microsoft had only 1% of its employees as partners.

He also recalls setting up a Development Center at Bangalore for Visa a big achievement. “This was a ground-up effort given Visa did not have a Tech Center in India,” Nitin said.

While Nitin has been able to achieve a lot in his career, he believes he has been lucky in both his personal and professional life to not encounter any significant challenges.

Talking about lessons learned in management and leadership, Nitin opined one must always dream big and aim high to achieve their goals but should never lose sight of the ground. “Taking one step at a time towards our ambitious goals is the key to success,” he said.

Nitin enjoys indulging in sports like basketball, volleyball, running, cycling and tennis. Watching movies of different genres is also something he enjoys and finds relaxing.

“Apart from that, I am a big foodie and always look forward to trying different cuisines. I also like to cook occasionally, but that’s rare these days,” he added.

Nitin, whose motto in life is ‘Prioritize what you enjoy and be the very best at it’, said he loves working with technology and people, and wants to continue in that space.

“The Indian IT industry is evolving and maturing, and I am passionate about playing a part in that. We have the world’s best talent in our country, but we still have some distance to go in terms of harnessing that talent,” he said.

Giving back to the community is something he deeply believes in too. While Nitin continues to do community work as part of large organizations, at some point in his life he might do some bigger individual projects focused on community welfare.

Benefits of VFD Cables Over THHN