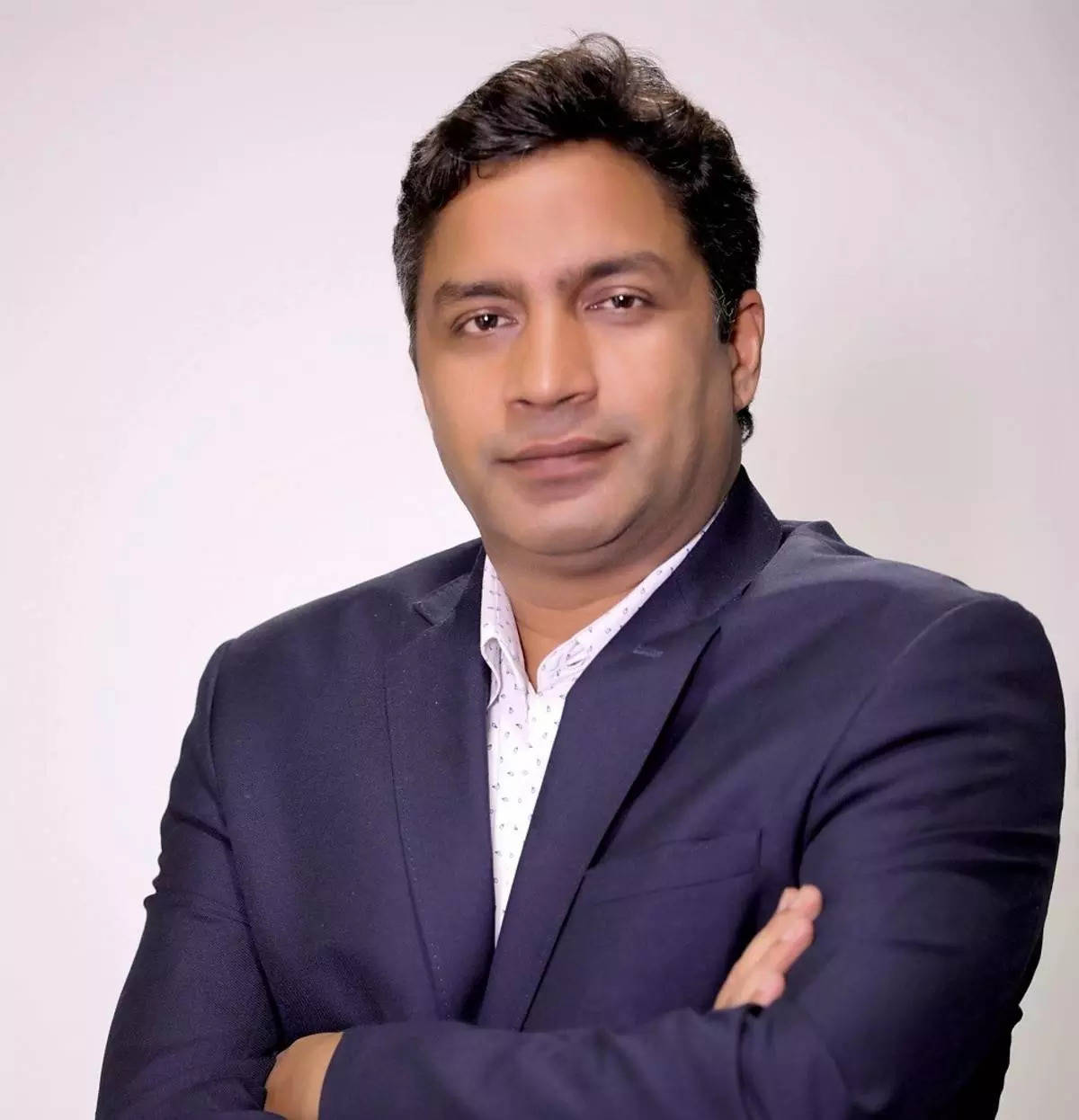 Narottam Sharma’s life has been nothing short of an enthralling journey right from the start. He was born in a small village in Uttar Pradesh but his family moved to Delhi when he was 2 years old. His father was a government employee. They had to live in a small unauthorised colony with no access to basic facilities like water and electricity. He completed his basic education from local public and government school. Narottam Sharma shares one incident where he used to go to a nearby park where his other classmates used to play to get water. They used to mock him regularly. But instead of getting embarrassed, Narottam did not get affected and decided that he will work hard to make positive changes. Limiting your dreams will limit your growth

Despite having such difficult childhood, Narottam cherishes his childhood memories of playing cricket and spending time with his grandfather in their village. He has learnt from his father and grandfather that there is no alternative to good deeds and hard work. Narottam is a firm believer in dreaming big and taking inspiration from successful people. However, he believes that one should write their own story. When Narottam was young, many people used to say that this boy will not be able to do anything in life. They used to suggest that he shouldn’t take risks in his career. But now, those people’s demeanor has completely changed. Now they say we knew he will become successful one day.

Growing up, Narottam’s mother wanted him to be a doctor. But he could not crack the exam and coming from a middle-class family, he decided to take the second-best option which was engineering. One day, one of his friends was going to college to take admission in polytechnic and his mother asked him to go with him and take admission.

He says, “Before enrolling for polytechnic, I didn’t know how to use a computer. Many of my friends in college, were living a comfortable life. But my family and I lacked all those luxuries. But did not let that come in our way to success. No matter where you come from, if your work hard, you will become successful. NeverNever let envy get the best of you. Take inspiration and keep moving forward.”

Skills can be acquired, attitude can not

English as a language was not one of Narottam’s strongest skills. He was made fun of by some of his colleagues. But he did not let that affect his work. Instead, he decided to work on his English skills. Now he is a public speaker. He believes that skills are not something you are born with. They can be developed as you grow. So don’t limit your growth based on what you know or don’t know.

The journey towards becoming Group CIO

After completing his studies, he started working in a small company where they used to ask them to assemble computers in a storeroom. He worked there only for a month. Later, he got his first break in a company named Iris Computers which was the biggest distributor in North India at that time. He started working as a trainee. It was a small storeroom which got converted into an office.

Narottam has proved that you do not need perfect education from the beginning of your career itself. The only thing you should have is the zeal to grow. Initially, when his career started, Narottam had completed only basic education. He thought that he had no other option and this is the only thing he has to do. But soon he realised that if you don’t have a good education, then it will be difficult to achieve the best position in your career. That’s when he found out the option of working and educating himself further at the same time. he completed his B.Tech from Birla Institute of Technology and science and MBA from Management Development Institute. He firmly believes that if you work hard today then it will pay off in the future.

Narottam has always been an observer and a keen learner. He says that he used to look up to the seniors and biggest people in the company. “I used to observe them and learn from them silently.” one of his seniors, Mohit Kapoor, who was the CTO of Bank of America at that time, gave Narottam important career advice which he still remembers.

He told him, “When you have to pick up any role, you should think about your role and what you can learn there. As long as you can learn and grow, rest everything will work fine.” “he pointed out that I challenge people a lot and until my doubts are resolved or until I don’t convince that other person, I don’t keep quiet. I used to think that this is my weakness, but, it turned out to be my biggest strength.” Narottam adds.

Narottam feels fortunate that he was able to join many organizations and work on many interesting projects. These experiences helped him sharpen his skills. These projects gave him a holistic knowledge of the business at an early stage in his career. Narottam says he is a selfish person when it comes to joining any company. He always thinks about what he can learn and contribute to this company when he thinks about joining.

Narottam says that one should listen to everyone and take advice from everyone but should always follow their heart. Take calculative risks and make sure those risks are aligned with the goal you want to attain. Narottam has taken many such risks in his career. His friends and colleagues suggested multiple times that don’t join this company or don’t take up this role but he was able to see that the role has value for him, his career and it will be a great learning experience. Today, those experiences made the right contribution to his growth. Narottam Sharma believes nothing is impossible in life. It doesn’t matter where you start, there are multiple ways to achieve success.

It is essential to remember the people who are your support system. Even though it was not an easy choice, Narottam Sharma’s family has supported him since the beginning. They believed in his potential and his wife Surabhi has also played a vital role in his career growth and supported him in every aspect. Many friends and colleagues also guided him throughout his career. Narottam says that we are nothing without the ecosystem around us and we should always be thankful for their support.

Narottam does not like monotonous work and he is always looking for challenges. He likes working on abstract concepts, convert them into ideas thereby executing them. He has worked in multiple industries and has taken up diverse roles. He is a strong believer in never putting yourself into one type of mold. Do not wait for learning to come to you. Take up challenges and follow the path and transform your career.

Narottam says, “I am on a journey of evolving and knowing who I am. There is a new transformation journey has started. This is just the beginning. I spend time reading and meditating. The book – Autobiography of a Yogi by Paramahansa Yogananda gave me a very different perspective of life. I have realised that we spend too much time doing things that don’t matter and regret the mistakes done in the past. We should learn from our mistakes and move on in life. I am a firm believer in mistakes should be acceptable but ignorance is not. Over time I have learned how to move on.”

Narottam has a dream to guide and mentor intrapreneurs to accelerate their success. The transformation has been Narottam Sharma’s charter since the beginning. He wants to continue transforming himself, companies, people’s lives and communities at large. This is just the beginning and it is an evolving process.