In an interview with journalist Jamal Abdulkhaliq from Global Arabia Communications Network, Eng. Majid Al-Refae shared his thoughts on the future of solar energy in Saudi Arabia, which was held on the occasion of his appointment in April of this year as the new Chief Commercial Officer for Desert Technologies (DT) and its subsidiaries. 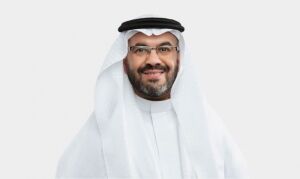 Jeddah, Saudi Arabia, July 9, 2021 (Solar Business Hub) – Saudi Arabia is expected to achieve global leadership in solar energy production and be able to produce about 50% of solar energy globally by 2030, becoming one of the most important producers of clean energy around the world.

Jamal Abdulkhaliq: Firstly, how do you view the reality and future of solar energy in the Kingdom?

Majid Al-Refae: The Kingdom of Saudi Arabia has been working recently to reposition itself as a power hub based on a clear vision and plan for renewable energy from solar PV, CSP, and wind to reach a total target of 59 GW. Since the Kingdom of Saudi Arabia’s geographic position is considered one of the promising areas in the world to build a Solar Solution, the focus will be the solar energy plan. The Ministry of Energy and the Public Investment Fund (PIF)  will focus on the upcoming program as they will be the leading players in renewable energy projects in the Kingdom.

Jamal Abdulkhaliq: As an expert in the field of renewable energy, what does the Kingdom’s direction to raise the solar energy target for 2023 from 5.9 gigawatts to 20 gigawatts mean to you?

Majid Al-Refae: To me personally, it means having power generation in the Kingdom of Saudi Arabia come from different sources (conventional power systems and renewable energy) since there is a vast increase in demand and usage of power in the Kingdom. This increase is the drive to increase the solar energy target from 5.9 GW to 20 GW and will support DT’s position as a leading local factory in solar PV solutions in Saudi Arabia.

Jamal Abdulkhaliq: In 2017, the Kingdom launched the National Renewable Energy Program as a strategic initiative that falls within the 2030 Vision, what has it achieved four years after its launch?

Majid Al-Refae: The National Renewable Energy Program initially started with three rounds. Round I SKAKA for Solar PV 300MW,  which has already been launched and executed, and Round I Domand ALJandal for Wind 400 MW which is under execution. At the beginning of April 2021, Round II was signed for 7 Projects spread across Al Madinah with 50MW, Rafha with 20MW, Gurayyat with 200 MW, Shoaiba with 600 MW, Rabigh with 300 MW, Jeddah with 300 MW and Sudair with 1.5 GW. The government started with a couple of projects from this round that total to around 2.5GW, which is a great move. DT will have an active role in two projects for AL Madinah and Rafha.

Jamal Abdulkhaliq: What are the benefits that the Kingdom will reap from solar energy projects?

Majid Al-Refae: As a vital member of the G20, one of the target goals of Saudi Arabia is to be a sustainable energy country that is less dependent on oil. This can be achieved by focusing more on producing power from renewable and sustainable energy. Solar energy projects are Saudi Arabia’s top priority in this strategy.

Jamal Abdulkhaliq: As Executive Director of the Commercial Sector at Desert Technologies, what is your assessment of the role of the Saudi private sector and its contributions to achieving the objectives of the 2030 Vision in the field of solar energy?

Majid Al-Refae: The private sector is a good player in the solar energy sector, their involvement is high as the market is divided into 5 main segments: government, industrial, commercial, agriculture, and residential sectors. Desert Technologies is one of the critical players in the market. Our vision is to lead the solar energy sector in Saudi Arabia and the region in all vertical development and EPCM (engineering procurement, construction and manufacturing).

Jamal Abdulkhaliq:  What have Sahara Solar Containers added to the solar energy market at the local and regional levels as a Saudi product for Desert Technologies Company?

Majid Al-Refae: Saudi Arabia is heading towards being a sustainable energy country. Based on that, DT developed the Sahara Solar Container solution to enhance its involvement with the government’s strategy and to support the development of Saudi industries, and contribute to achieving the goals of the Kingdom’s 2030 Vision. Regarding clean energy efficiency, the Sahara Solar Container is the proper replacement for the diesel generator and can be provided as a standalone solution or a hybrid solution. Also, Sahara is the best solution for rural areas where one container is sufficient to meet the basic needs of about 70 small homes, to provide immediate sustainable energy in remote areas, and is the best alternative solution for costly conventional energy in implementation and maintenance.

Jamal Abdulkhaliq: Can you tell us about future desert technologies prospects, whether in manufacturing or the number of projects at local and regional levels?

Majid Al-Refae: DT is currently the only running factory for solar PV in the Kingdom with a production capacity of 110MW and is planning to increase the production capacity within the next coming years to approximately 1 GW. DT is recently acting as an end-to-end solution from development to manufacturing and is building its growth strategy based on the Kingdom’s 2030 Vision by utilizing the current expansion in the Kingdom and through Exim bank’s Support. DT’s plans will contribute to stimulating local investments, attracting foreign investments, creating job opportunities, and enhancing export capacity.

Jamal Abdulkhaliq: Recently, the Sahara Solar Containers won the Best Innovation Award from the Middle East Association for Solar Energy Industries… What does this award mean to you?

Majid Al-Refae: As a local Saudi company, we are proud to have this Award, it reflects the entrenchment of creativity and innovation in Desert Technologies and confirms the added value resulting from strong collective work as a catalyst for innovation. DT is building an innovative program for enhancing idea creation. This program is quarterly evaluated to ensure all ideas are benefitted from. This program leads DT from a day-to-day business company to a new era of innovation.

Jamal Abdulkhaliq: The Riyadh Chamber of Commerce’s report indicated that more than 52% of Saudi families want to switch to using solar energy, do Saudi factories can meet the needs and aspirations of the market?

Majid Al-Refae: The National Renewable Program in Saudi Arabia classified the market into solar energy (which is major), wind energy, and CSP energy. Approximately 80% of the total demand for renewable energy is directed toward solar energy. However, the total capacity of the annual production of the current running solar energy factories (DT and the King Abdulaziz City for Science and Technology) is around 200 MW. The production capacity of DT’s factory is 110MW and will be increased within the next coming years to approximately 1 GW. Although the demand is high and the market is challenging, DT will rise to the occasion. It is in Saudi nature to overcome challenges, innovate and reach our goals. I am confident we will meet and even exceed the needs of the market.

Jamal Abdulkhaliq: And how do we establish, in your opinion, the culture of transition towards the use of solar energy in homes and companies?

Majid Al-Refae: Water and electricity are the regulators that will build policies and procedures for solar energy regarding homes and companies. This requires an education level to part from the conventional power culture and changing and enhancing policy and procedures in the government sector to reduce the load on grid connection.

Jamal Abdulkhaliq: Who is responsible for protecting the consumer and raising awareness considering the accelerating steps towards the gradual transformation of the use of alternative energy sources?

Majid Al-Refae: It is collateral work between different government agencies and the private sector such as the Chambers of Commerce having a committee for renewable energy. One of its goals should be to spread awareness between different sectors, both private and public.

Jamal Abdulkhaliq: Regarding the Kingdom’s goals in renewable energy in terms of the number of projects, the volume of investments, and the expected production under the 2030 Vision, does the Kingdom have the ability to take the lead with solar energy-producing countries?

Majid Al-Refae: Yes, the Kingdom can take the lead. During one of his reports, HRH Prince Abdulaziz Bin Salman announced he is planning to make Saudi Arabia a hub of energy in the world. On another occasion, he announced Saudi Arabia will be restructuring the electrical sector, which will reserve 600 to 700 thousand parallel to oil by 2030. Using these renewable energy sources is an important part of our quest to reduce the consumption of liquid fuels in the production of electricity, and to reach the optimal energy mix, which aims to have the share of gas and renewable energy sources in this mixture about 50% each by 2030, by displacing approximately one million barrels of oil equivalent of liquid fuel per day which were previously used wastefully in conventional power usage.

Jamal Abdulkhaliq: Prince Faisal Khalid Sultan, Governor of the Northern Borders Region, announced the establishment of a scientific chair at the Northern Border University for studies of renewable energy and its applications, how do you view this initiative?

Majid Al-Refae: Collaboration between universities and the government will always add value from different aspects, sharing thoughts and ideas and addressing technology-driven strategies. DT is working to be part of the technology-driven transfer of renewable energy in Saudi Arabia.

Headquartered in KSA, Desert Technologies (DT) operates globally and is an independent fully integrated PV solar energy platform with a proven track record as a PV developer, EPC and O&M contractor and PV solar panel and product manufacturer through its 110MW capacity factory in Jeddah, Kingdom of Saudi Arabia (KSA).